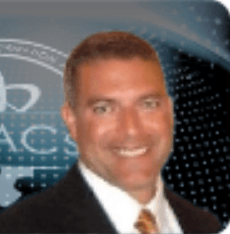 Defense Technical Information Center and Information Analysis Centers Field Advisor imbedded with US Central Command
Established in 1940s, the DoD Information Analysis Centers (IAC) (hyperlinked) program is a center chartered by the DoD and operated by the Defense Technical Information Center (DTIC), to provide research and analysis services through integrated Scientific and Technical Information (STI) development and dissemination, studies and analyses, and other unique scientific and technical activities to advance DoD’s warfighting capabilities in the following three technical domains.
Defense Systems | Cyber & Information Systems | Homeland Defense & Security
The Defense Technical Information Center (DTIC) (hyperlinked) maintains within its expansive collection comprehensive Research, Development, Test, and Evaluation (RDT&E) knowledge bases that include historical, technical, scientific and other data and information collected worldwide.
Mr. Rios retired from the US Navy as a Commander after serving 24 years. As a helicopter pilot in the U. S. Navy he was recognized for performing several rescues; including one that earned him the Single Action Air Medal. His last duty station in uniform was at USCENTCOM where he held the position of Special Technical Operations (STO) Chief, in charge of highly classified operations in both Operation Enduring Freedom and Operation Iraqi Freedom. He also served as the Deputy Liaison Officer (LNO) for US Naval Forces to CENTCOM during his last year until retirement. He earned a Bachelor’s Degree in Aeronautical and Aerospace Engineering, Human Factors from The Ohio State University; and is a graduate of the Army Command and Staff College, Ft Leavenworth.

The United States Central Command is a theater-level Unified Combatant Command of the U.S. Department of Defense. It was established in 1983, taking over the previous responsibilities of the Rapid Deployment Joint Task Force.

All Sessions by David Rios